Re-Designing the Burgundy and Blue


In 2007 the NHL was introduced the the Reebok Edge era. Colorado's old "mountain" jerseys were dropped and a new uniform was introduced. Here we have those current uniforms.

Is this a joke? It looks like John Michael Liles was cooking before the game and forgot to take off his apron. I'm okay with some piping but his just looks ridiculous. The whole jersey just looks like some designer was tired and just want used the paint bucket tool wherever he could. Different colored arms can be okay but these just make Liles look like he has a cape on from a front view. Also, what's up with the side panels and where did they come from? 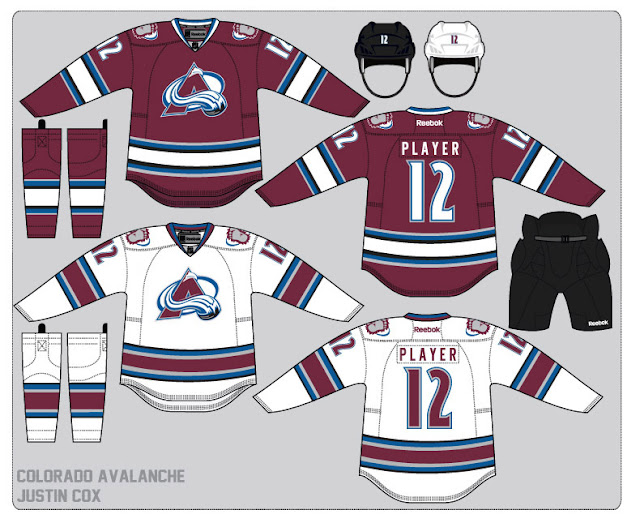 Over time I have created many Avalanche concepts. Some that work, and some that don't. Recently I created this design and have gotten a very good reaction from it. So this, for now at least, is my solution.

I would love to hear feedback and there will be more to come on this subject very soon!