A popular concept idea floating around is making the unused Sens side profile logo as the primary. Well I am also doing it mainly because... it needs to be done! I started working on this along time ago until an almost identical concept was posted on HJC. At that point I kind of gave up on it but I finally went back and finished it. 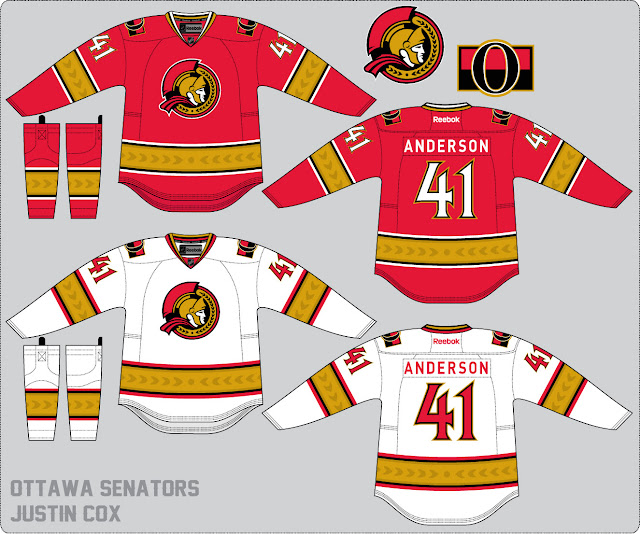 There were three main things I wanted to do with this concept.
1- Use the side profile logo as the primary. Self explanitory.
2- Return the laurel leaves to the jerseys. I have always liked the idea but as I know now, Sens fans weren't to thrilled with them. So I decided to make them a little less noticable on my concept and create a sublimated pattern on the striping.
3- Make gold a large factor in the jersey design. The (current) Sens have always had gold in their logo but never really on their jerseys. I changed that here. 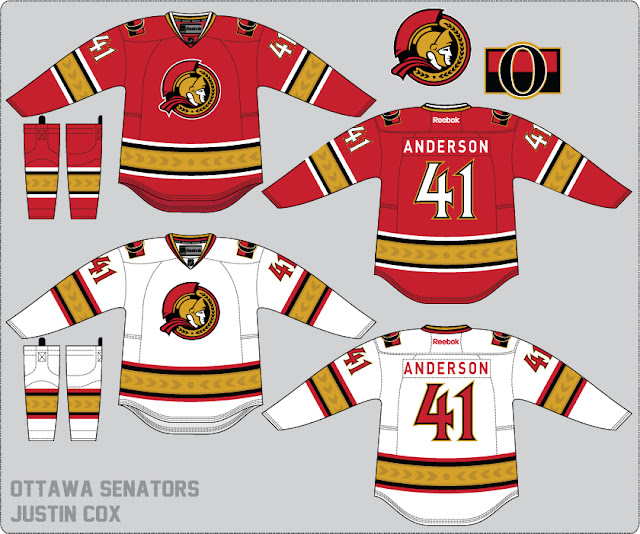 RinkGear.com makes awesome jerseys. Whether your looking for a team set or just a novelty jersey, they make quality jerseys. Some of their past jerseys include Winter Classic inspired, movie inspired, and other cool jerseys. For a look at some of their designs go check out their website, facebook page, or twitter account. They can also be accessed through the links page.